DREAMING OF A BRIGHTER FUTURE

It’s been about a year since JCW launched PEPFAR’s DREAMS initiative; which aims to raise young women who are Determined, Resilient, Empowered, AIDS-free, Mentored and Safe. And we’re already seeing early signs of the positive impact it’s having.

“DREAMS is targeted at adolescent girls and young women aged 10 to 24. This group is up to 14 times more likely to acquire HIV than their male counterparts,” says JCW DREAMS programme manager, Innocent Mudingo.

DREAMS offers girls a suite of support and services to reduce the risk of HIV, pregnancy and gender-based violence.

“The programme empowers girls to look after themselves, to set goals and lead focused lives. It

emphasises the importance of education to the girl child. The youth in our communities also struggle to access information. They don’t know where to go for services such as HIV testing and family planning. We address this gap by putting them in touch with services such as clinics.”

Innocent has noted an attitude change among girls in the programme.

“Girls are not embarrassed to use condoms or to go to clinics for family planning. One teenage girl, Thandi*, had dropped out of school and was using drugs. But she was referred to detox and now she’s back in school,” said Innocent.

The speed of progress, however, is constrained by challenges that exist, such as drug abuse, poverty, a lack of clinics, over population and poor sanitation.

“While we’re seeing successes on one hand, there are still new HIV infections on the other because of these challenges,” says Innocent.

We believe that with constant and determined efforts, DREAMS will tip the scales in favour of our young women. We thank PEPFAR and its’ private sector partners for bringing DREAMS to our communities.

*Not her real name. 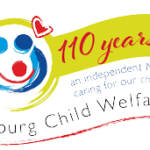 ts fill with pride when we see the children in the Othandweni Independent Living Skills programme taking their duties so seriously. These children come every day to work the veggie garden in Soweto to ensure they have fresh veggies to eat. Being in lockdown has changed their perspective, especially the older ones, who now understand the importance of self-sufficiency. 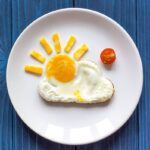 u were to go to your favorite restaurant right now, what would you order? What would it cost? And if you can’t enjoy dining out at the moment, perhaps you’d like to donate the cost of that meal to Joburg Child Welfare children? 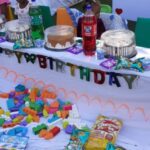 Life carries on regardless of nasty viruses! Days tick past and birthdays come and go. But before they go, they need to be celebrated – and we thank donors for bringing colour and cheer to these special occasions.

We use cookies to personalise content and ads, to provide social media features and to analyse our traffic. We also share information about your use of our site with our social media, advertising and analytics partners who may combine it with other information that you’ve provided to them or that they’ve collected from your use of their services.